In the 1870-80’s Ole Berge was a farmer and reindeer hunter on Turtagrø. He and his wife Anna also became known for giving the travellers who went over Sogn/Døl meals and a place to stay at the farm. William C Slingsby’s climbing of Store “Big” Skagastølstind in 1876 created an increased interest in the Hurrungs as a climbing area. Englishmen and pioneers in Nordic mountain sports sought the area, and overnighted at the farm. Emanuel Mohn, Thomas Heftye, Therese Bertheau (Norway), Johannes Vigdal, Torgeir Sulheim, Carl Hall (Denmark), C.V. Patchell (England) and Erik Ullèn (Sweden) were among a few of the first pioneers. 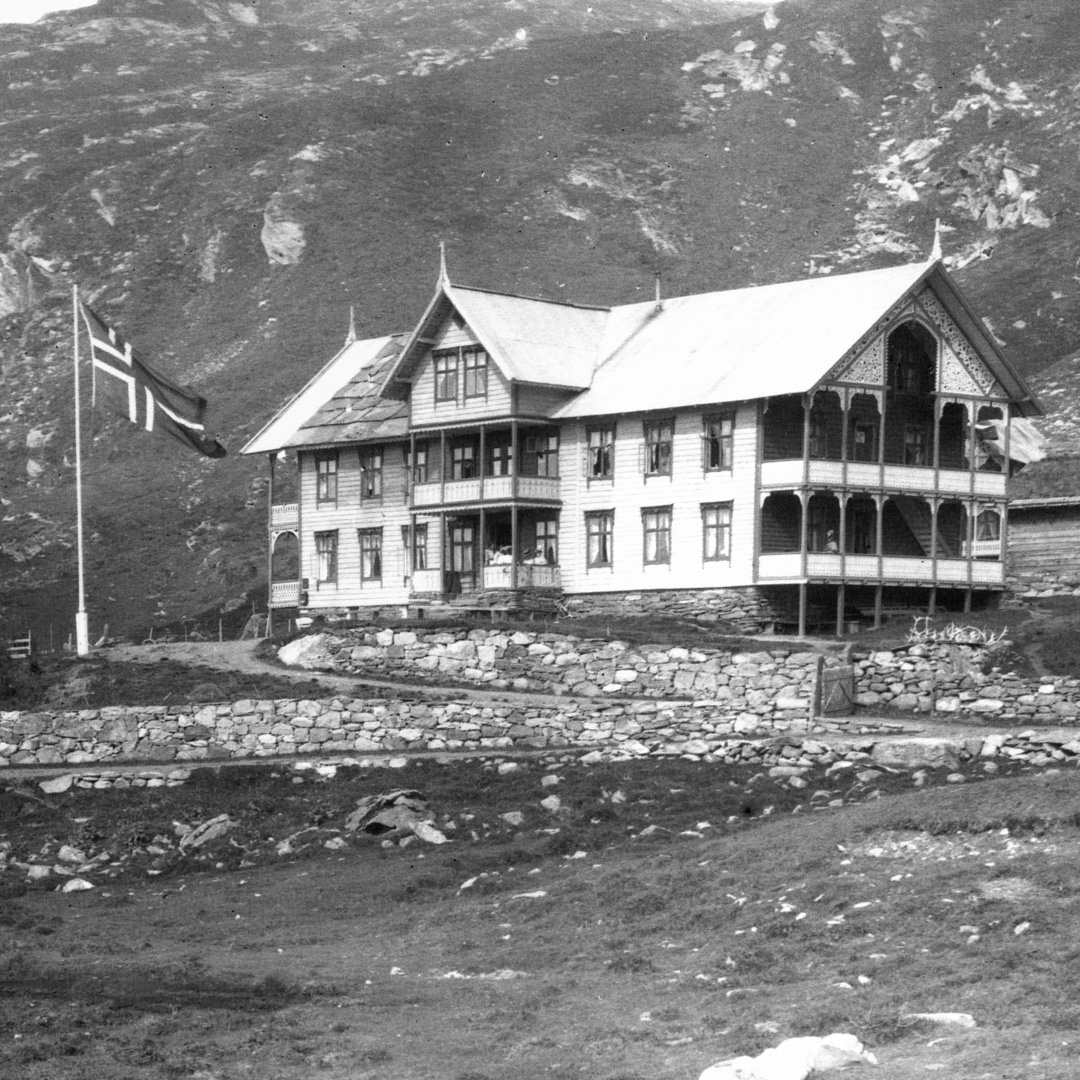 In 1888 the first hotel was built to house the modern tourists. During the same year Ole and his brother Ivar Øiene built a hotel on the neighbouring property. Ivar ran the hotel, but immigrated to America in 1910. Ole bought the house in 1912 – the house that today is called the Swiss Villa. Turtagrø became the meeting place for mountaineers in Norway. It was also during this time that Norway was on the verge of becoming an independent nation; the mountains and nature were to a large extent used to define what is Norwegian. People in Norwegian business, politics and arts also sought refuge in Turtagrø. Ole Berge had a talent for being a mountain guide and host, and was on top of Storen over 130 times. In 1920’s their oldest daughter Kari took over the hotel. Turtagrø continued as a centre for mountaineering and climbing. A famous author Sigrid Undset wrote, “They met at Turtagrø”, in one of her novels from the 20’s. Kari ran Turtagrø during the turbulent Second World War years and remained until her death 1952.

After her death, Kari Berge’s twenty-four year old nephew, Johannes Drægni, took over the hotel. He and his wife Astrid remodelled the hotel and had modern facilities such as electricity and water installed. In 1962 Johannes left for Switzerland to learn the more modern methods for climbing. This led to Norway’s first climbing course; The Norwegian Climbing School, in 1962. The courses continued until 1975. Their sons Tomas and Ole later re-opened the school in 1988. Astrid and Johannes continued to run the hotel until 1997, when their youngest son Ole took over. 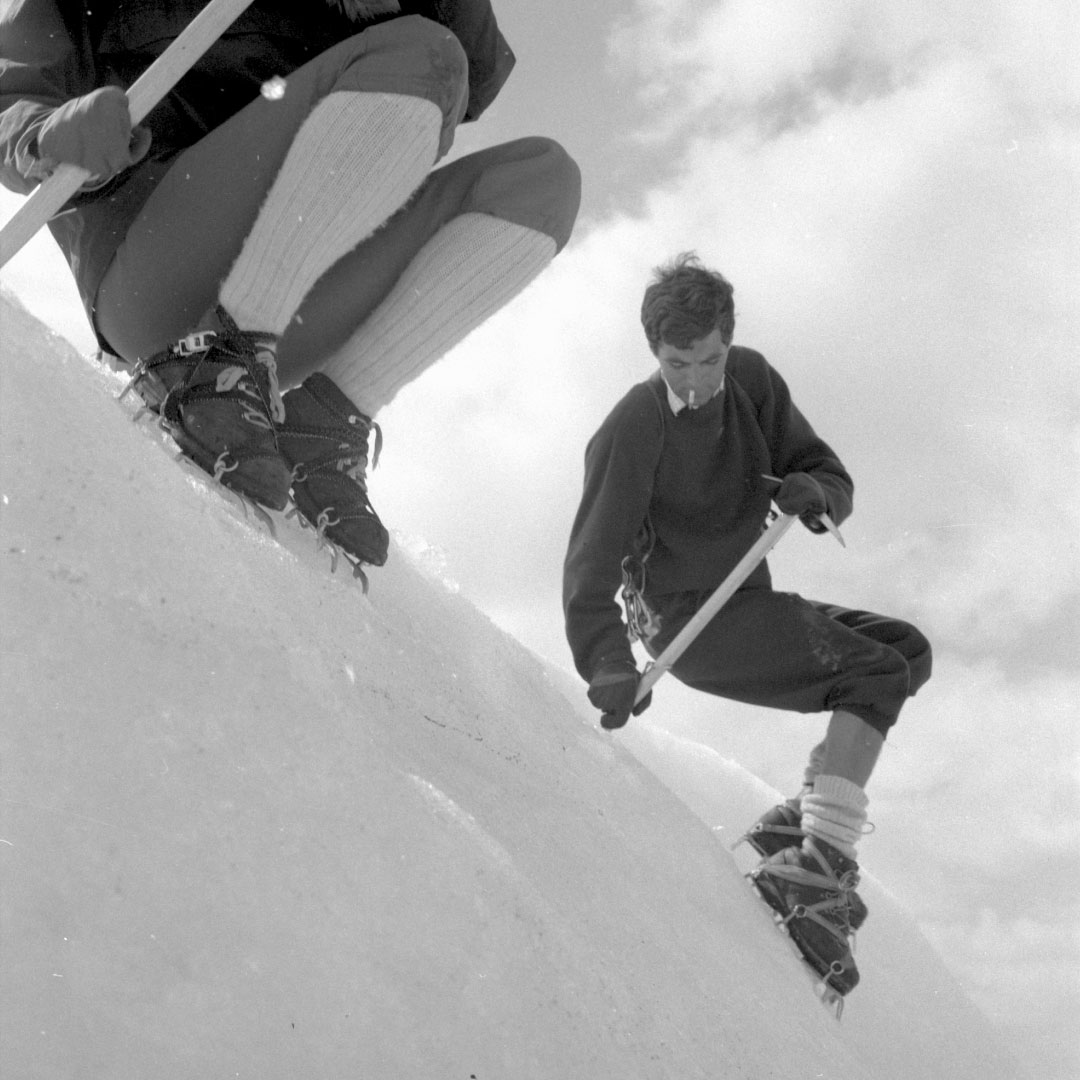 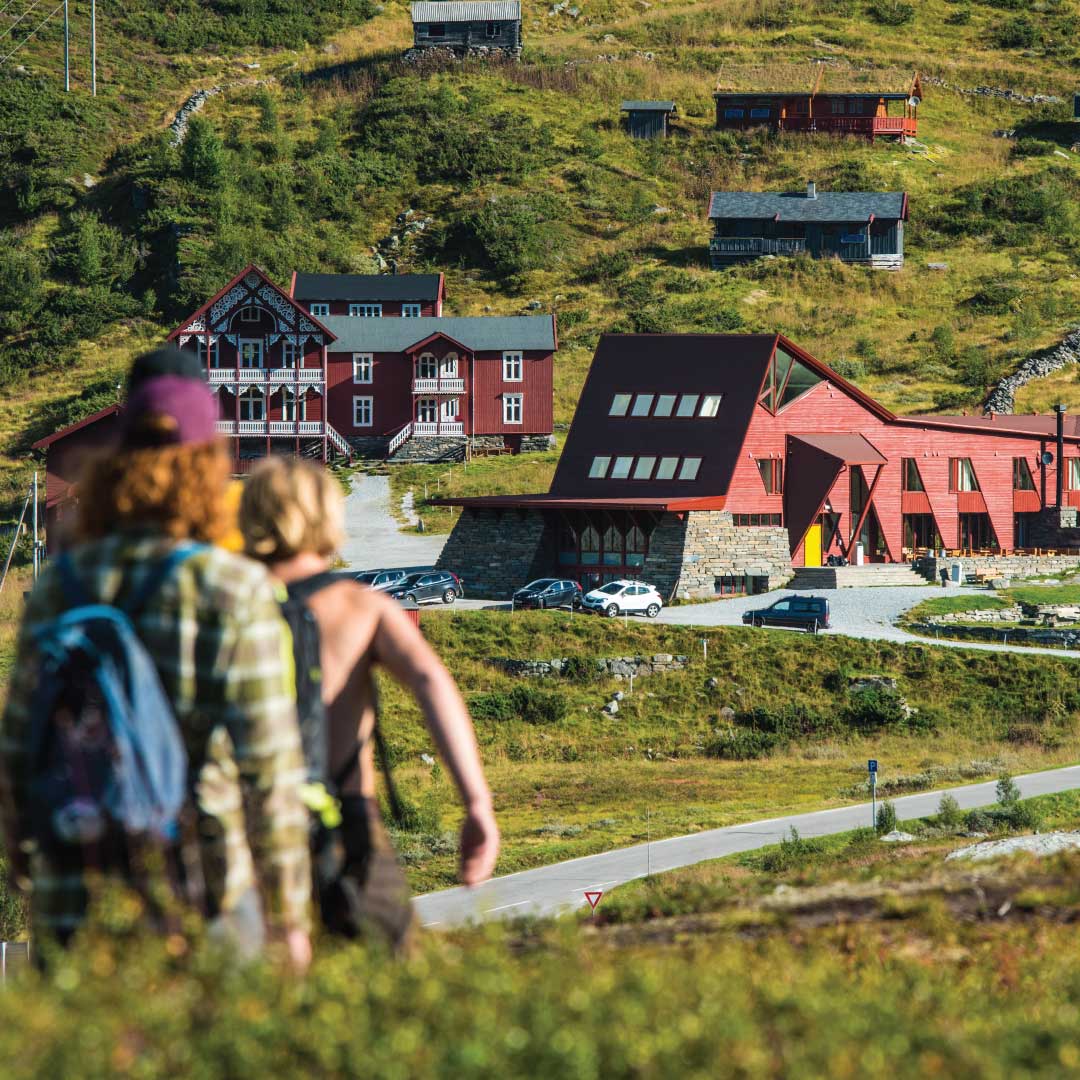 After 1997, the hotel entered a phase of being refurbished and rehabilitated, while business continued as usual. In the summer of 2000, the Turtagrø library was established with contributions, from among others, David Durkan and Arne Næss. This was one of Norway’s finest collections of mountain literature. In January 2001 the main building and family house were burned to ruins in a fire. Ole rebuilt the hotel and was ready to welcome guests again May 1, 2002. Ole Berge Drægni was unfortunately lost during the tsunami catastrophe in Thailand December 26, 2005. Ole’s daughter Sofie, who was four years old at the time, now holds 80% of the stocks in the hotel.

Sofie’s mother, Bente Hybertsen, has been chairman of the board and managed the ownership on behalf of Sofie since 2005. She has led the development of the company, together with the hotel manager. Continuation of the course and the leadership tradition, with the establishment of a permanent activity program, especially for skiing in the spring, has been a priority work these years.

Turtagrø Hotel received the mountain custom award Fjellskikkprisen in 2005. The jury’s reasoning states, among other things, that: “Turtagrø has for many years been the venue for week-long mountain sports courses. These have put the alpine, holistic safety thinking in focus – something that has helped to increase knowledge and awareness of the dangers, but also exciting opportunities for development that lie in the mountains. «
Turtagrø Hotel was named the company of the year by Luster Municipality in 2020.